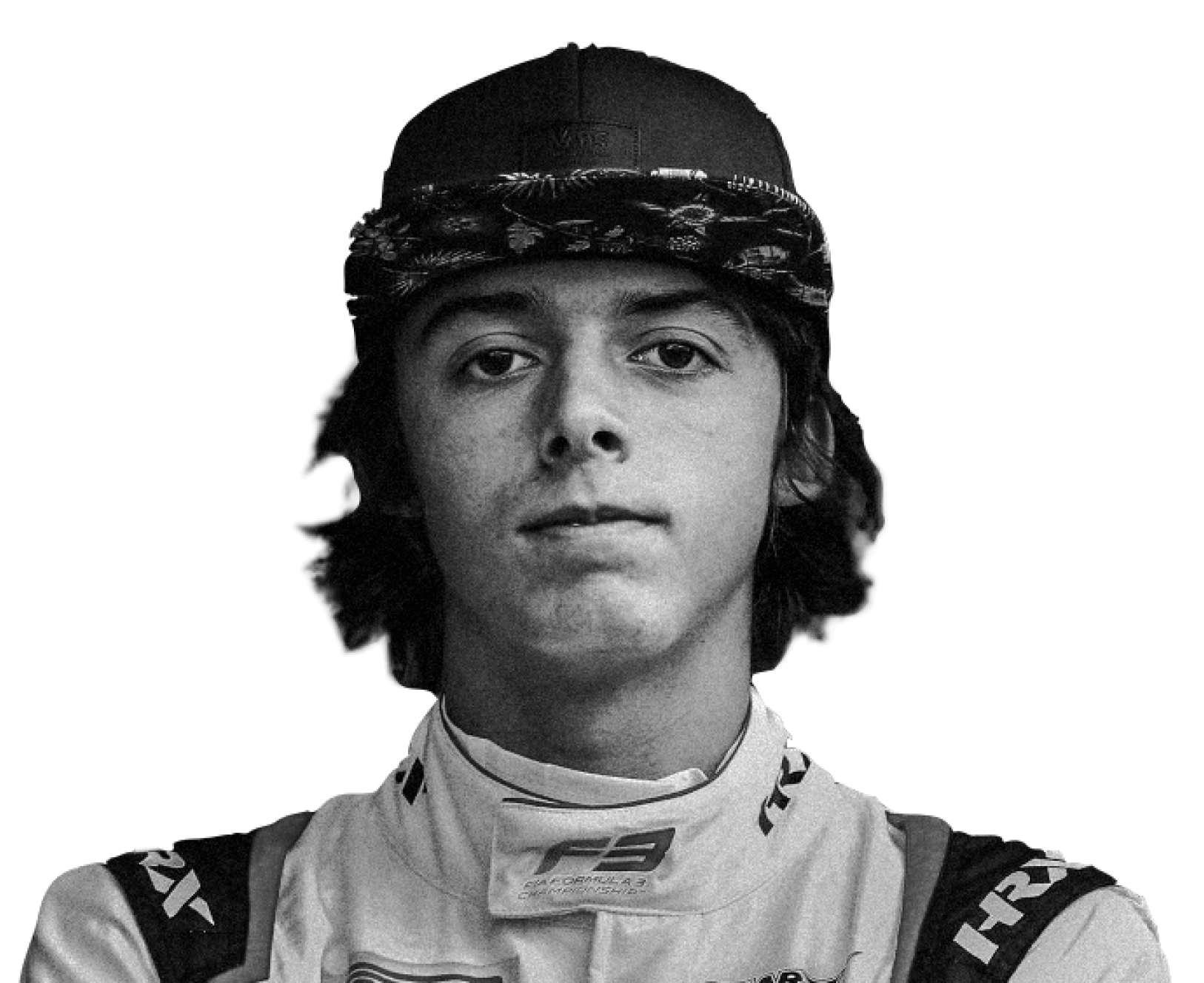 some are
defined by
their odds
we defy them.
scroll

Anyone who’s ever set their sights on the summit knows the apex is relevant to the ascent. And while we can’t always control where we begin, we can fight like hell to influence where we end up. 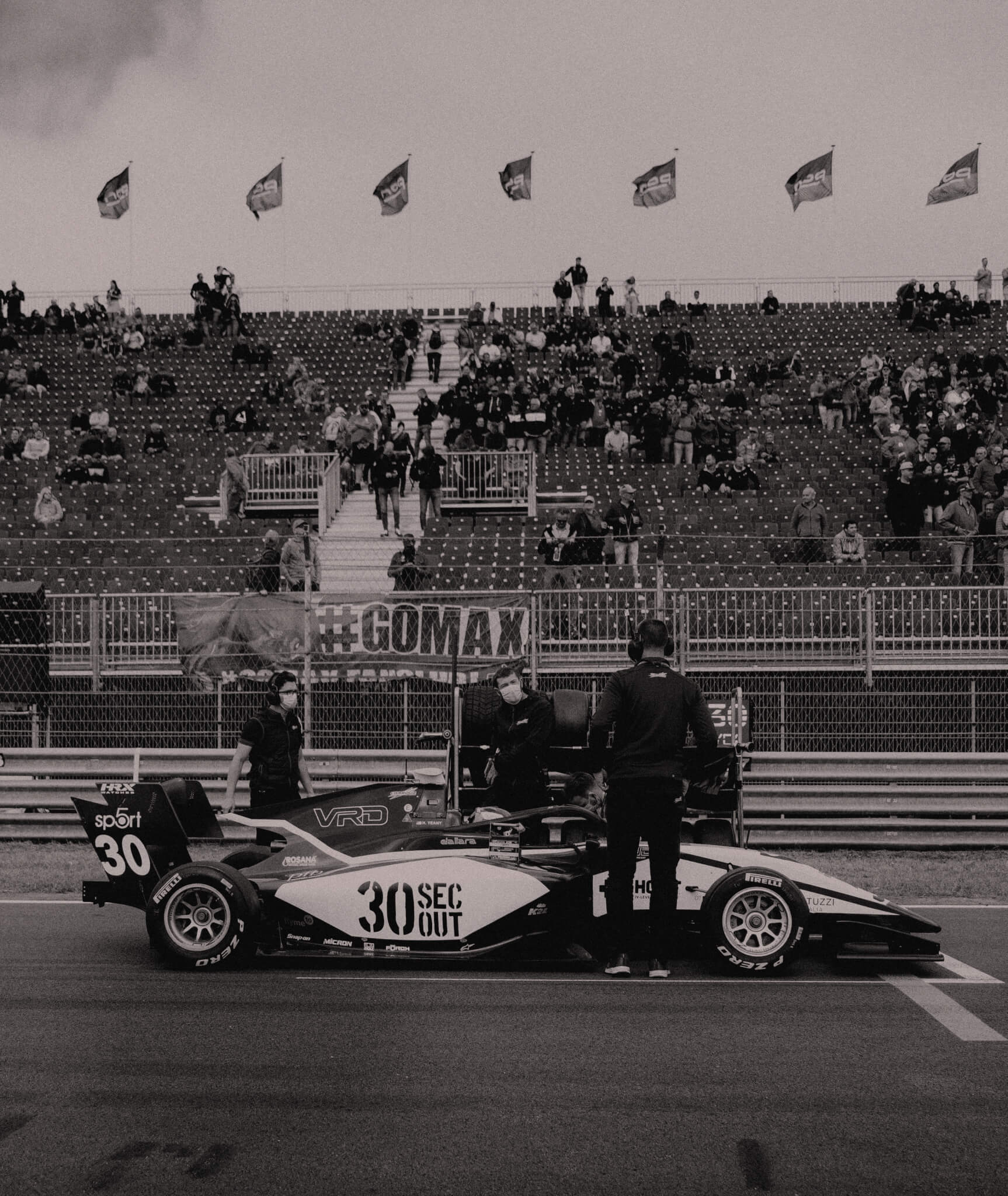 advantage, though
significant, is finite–
but ambition is forever 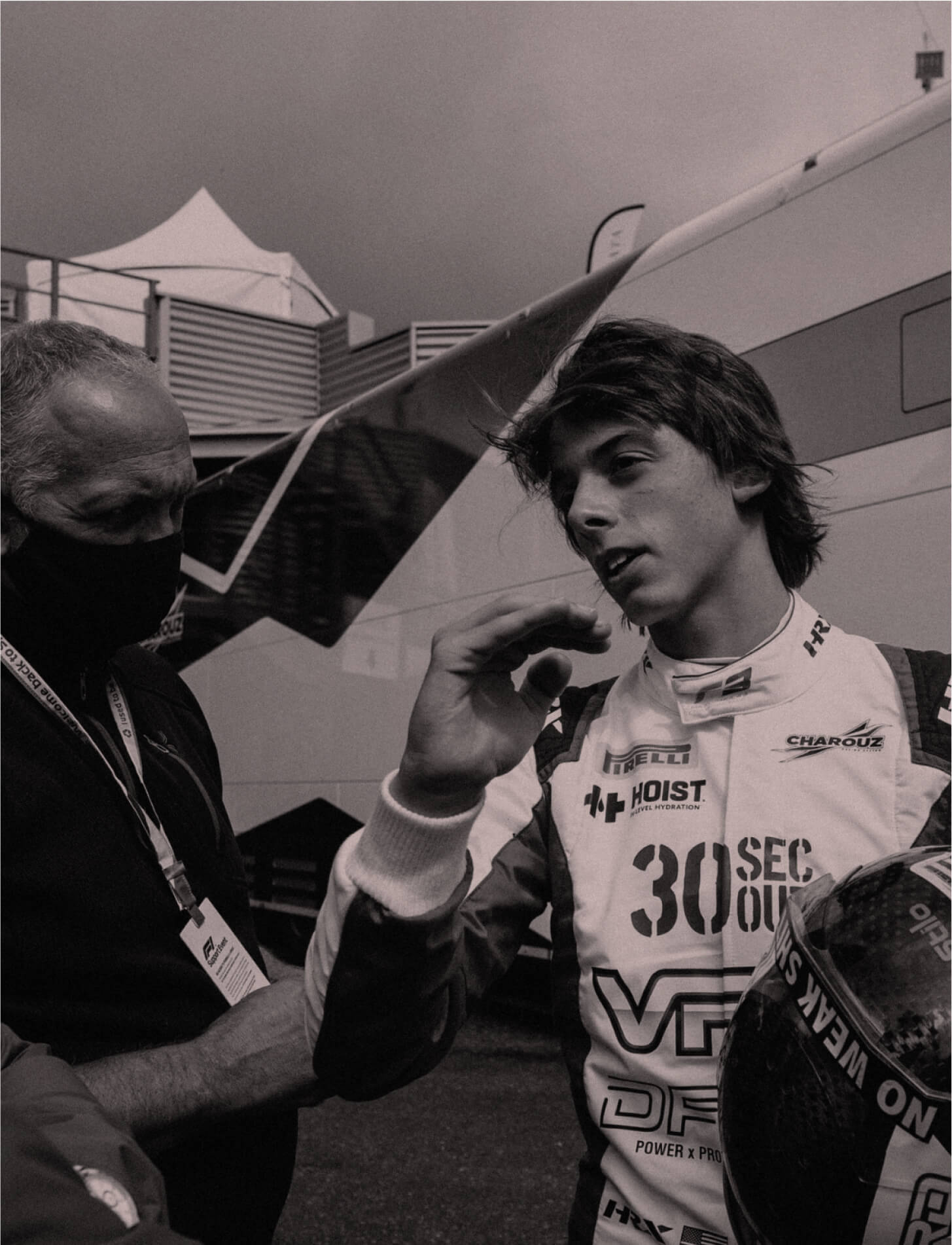 And something truly remarkable happens when rigor meets vigor—when our resolve exceeds our reach. The immovable instantly becomes malleable, plateaus turn into false peaks, and ideas begin to take flight.

This is the moment when we decide that change is no longer left up to chance. Instead, we cultivate it by demanding that convention surrenders to our convictions. Our limits lie not in what we have but how hard we’re prepared to work and how much we’re willing to risk.

below
“The Hunter Yeany Flag”
Homage to the American flag.

As the drivers of our own destiny, conformity has no place in our credo. Our greatest potential is realized not through the comfort of compliance, but the courage of defiance—and it’s our ambition that charts the course from who we are to who we’re meant to be. 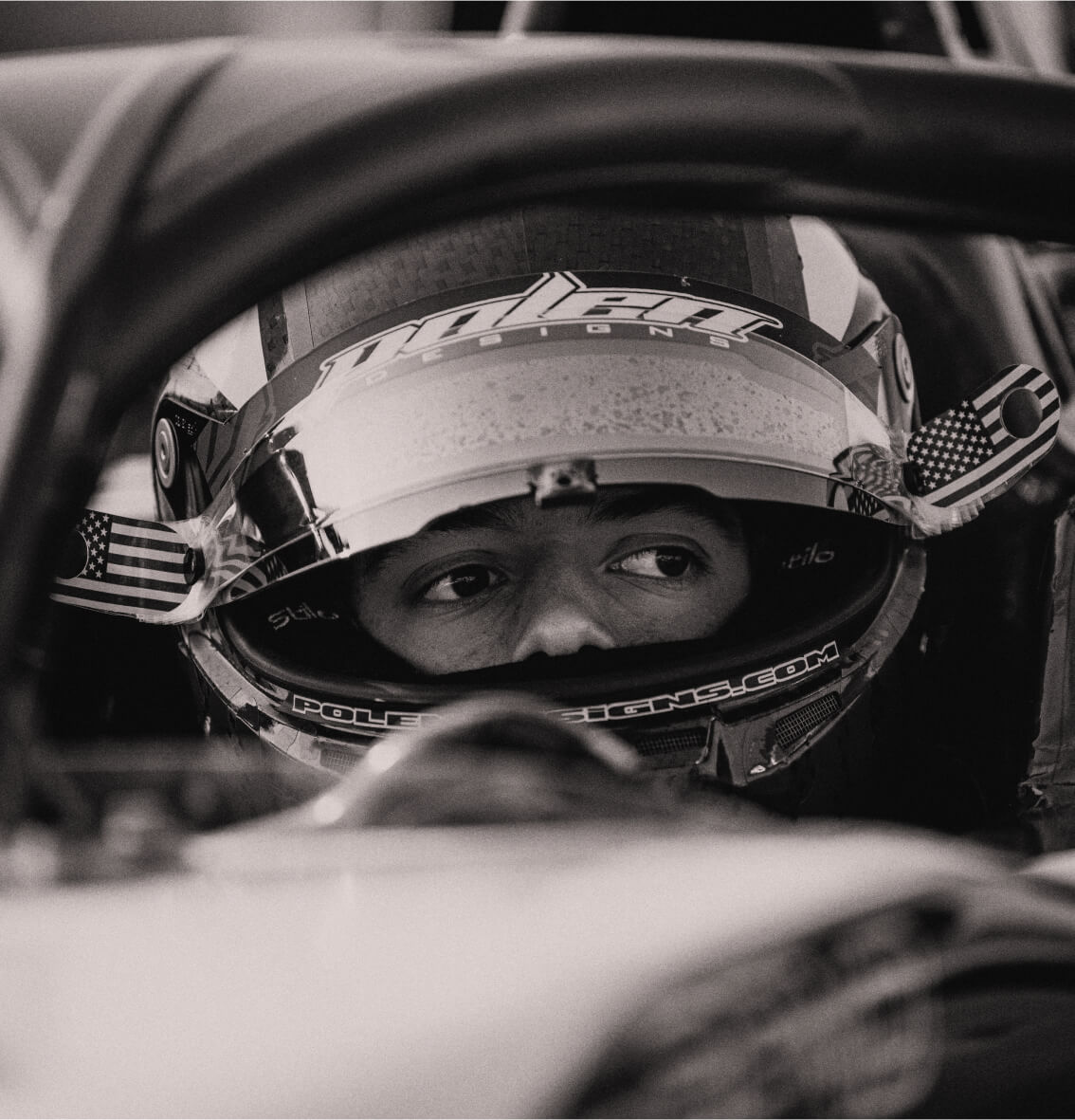 above
“bEFORE THE FLAG”
FIAF3 Charouz Racing Here’s a look at the people who make up team Hunter. 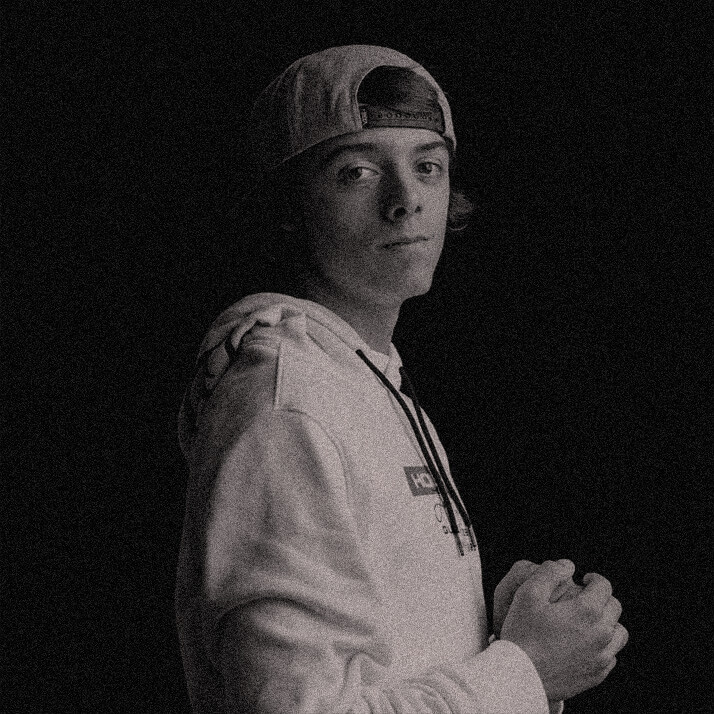 Born in Charlottesville, VA to a school teacher and a Navy SEAL, Hunter Yeany is a 16-year-old American racing driver competing in the 2022 FIA Formula 3 Championship with Campos Racing. Before making his 2021 debut in the series with Charouz Racing System, he raced in the Indy Pro 2000 and Formula Regional championships, both with Velocity Racing Development. In 2020 he became the youngest driver in the history of a Formula 4 Series to be named Formula 4 United States Champion. Off the track, Hunter loves spending time with his family, skateboarding, and surfing the waves of Virginia Beach. An avid supporter of military and veteran causes, he proudly supports and partners with veteran-owned businesses.

Born in Charlottesville, VA to a school teacher and a Navy SEAL, Hunter Yeany is a 16-year-old American racing driver competing in the 2022 FIA Formula 3 Championship with Campos Racing. Before making his 2021 debut in the series with Charouz Racing System, he raced in the Indy Pro 2000 and Formula Regional championships, both with Velocity Racing Development. In 2020 he became the youngest driver in the history of a Formula 4 Series to be named Formula 4 United States Champion. Off the track, Hunter loves spending time with his family, skateboarding, and surfing the waves of Virginia Beach. An avid supporter of military and veteran causes, he proudly supports and partners with veteran-owned businesses. 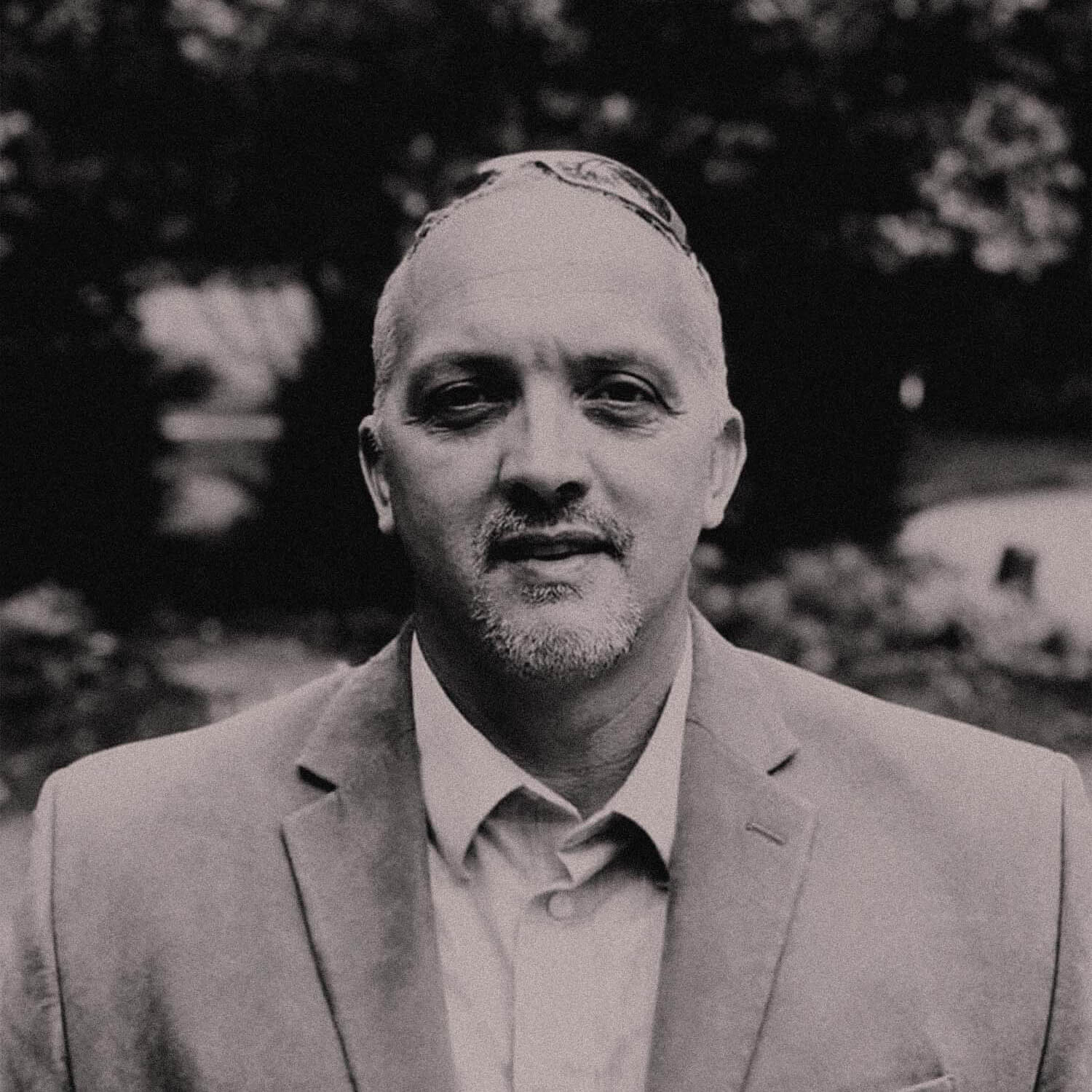 Inspired by his son Hunter's love of motorsports, Yeany facilitated his son's interest in a driving career and partnered with Daniel Mitchell to create Velocity Racing Development, a junior formula team whose sole focus is to develop American drivers to compete successfully in international motorsport. Yeany serves as CEO of the Hunter Yeany Collective, which encompasses Hunter Yeany Racing, Lifestyle Brand, and Foundation. 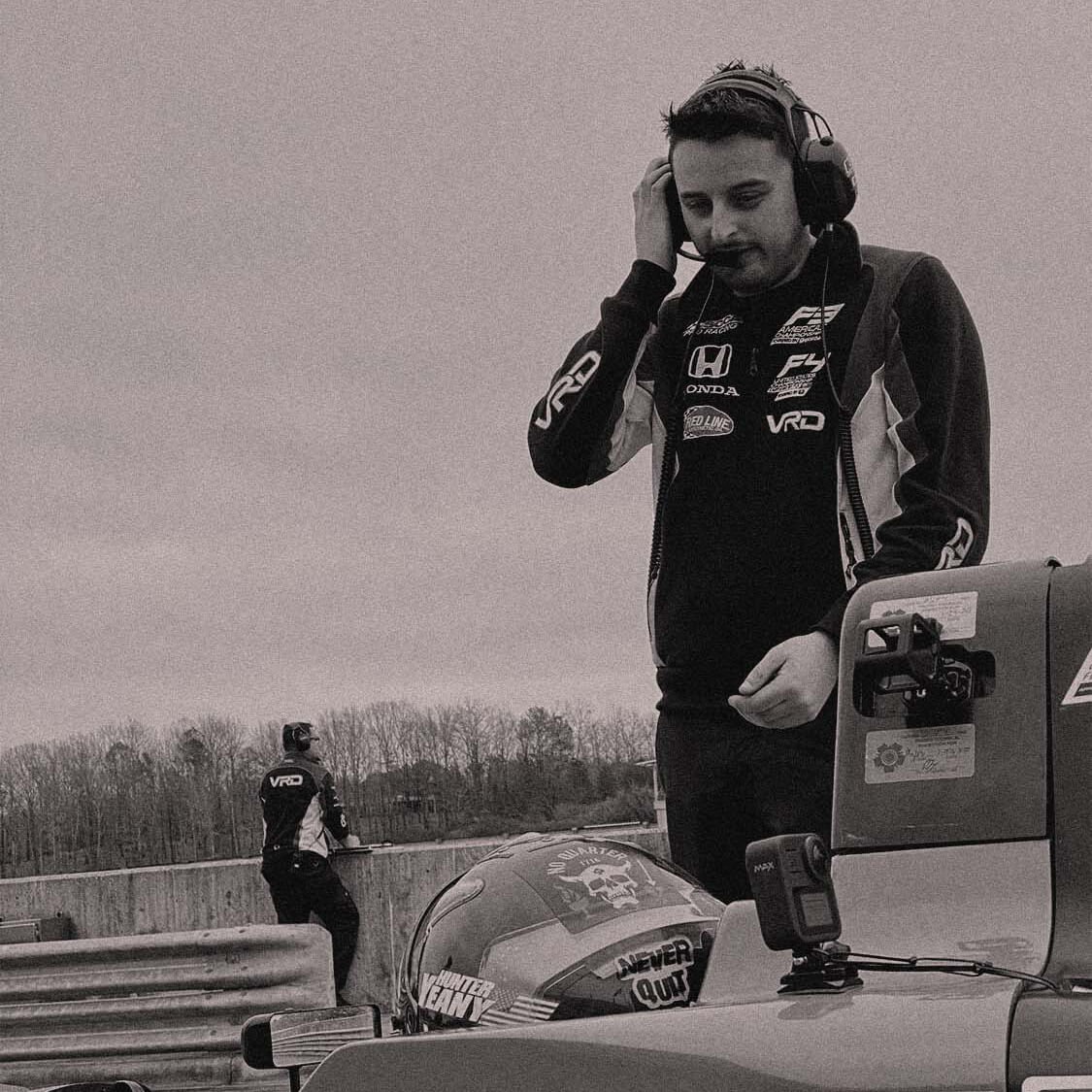 Dan was raised a stone’s throw away from the world’s best racetrack Donington park, best known for that Senna lap-in the rain. It’s always been a dream to own and run a race team and a passion to create the best drivers in the world and see them compete at the very highest level. I also have a passion for Football (soccer team) Derby County FC, so if you don’t find me at a race track you know where I'll be! From the time Hunter turned 12 Dan Mitchell has been there coaching him. First in karting, and then transitioning into F4 cars as a Development Driver for VRD. Dan coached Hunter to the US F4 championship title in 2020 and has been instrumental in his preparation for FIAF3. 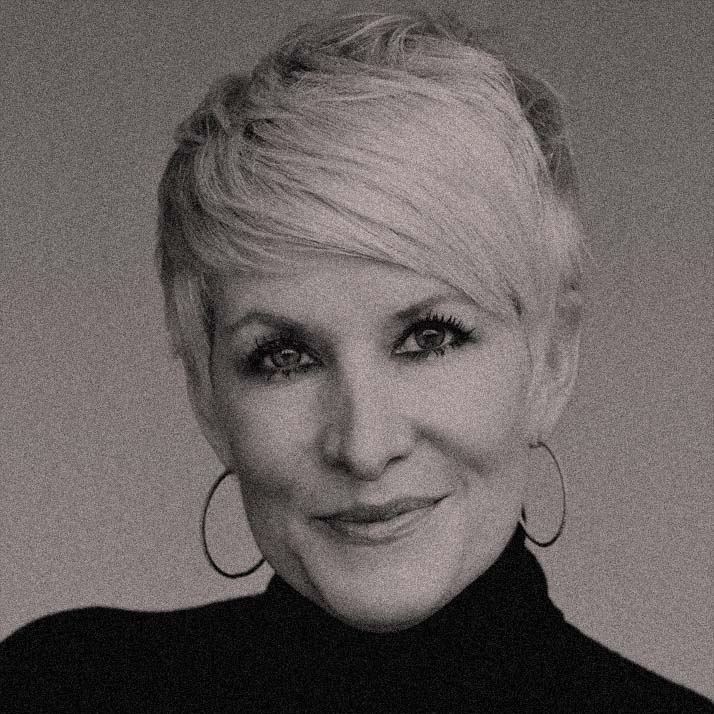 Rachael Murray has worked in multiple facets of the entertainment industry for over 20 years. Her recent focus has been on branded entertainment / content / partnerships, creative strategy and producing. She currently serves as the Executive Producer of Seasons 1-3 of Phil Vassar’s Song from the Cellar on both The Circle Network and the corresponding podcast on American Songwriter Podcast Network; Internet Takeover: Wedding Edition, starring internet sensation, Adley Stump and as a producer of the Off-Broadway hit, Broadway Bounty Hunter, written by Tony Nominee, Joe Iconis and starring Orange is the New Black cast member, Annie Golden. She previously served as the Vice President of Entertainment for the USO of Metropolitan New York, where she produced 400+ live performance events annually. 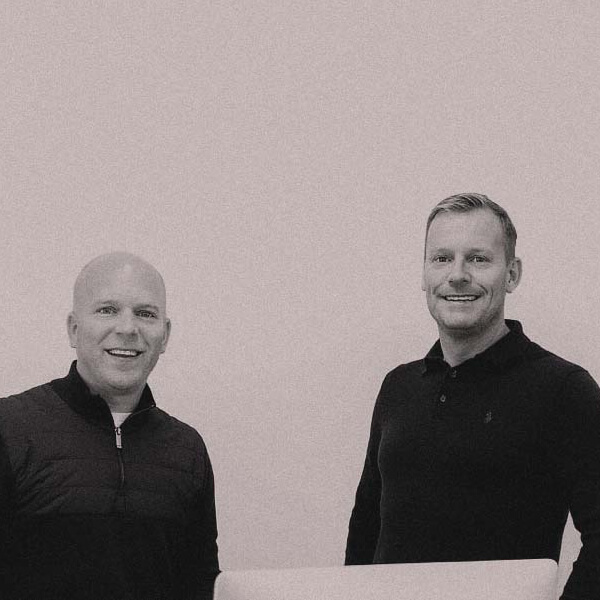 Infinity Sports Management work with one clear goal in mind - to succeed. Working seamlessly with drivers to extract every inch of mental and physical performance, whilst placing them in the best environment to maximize their potential. 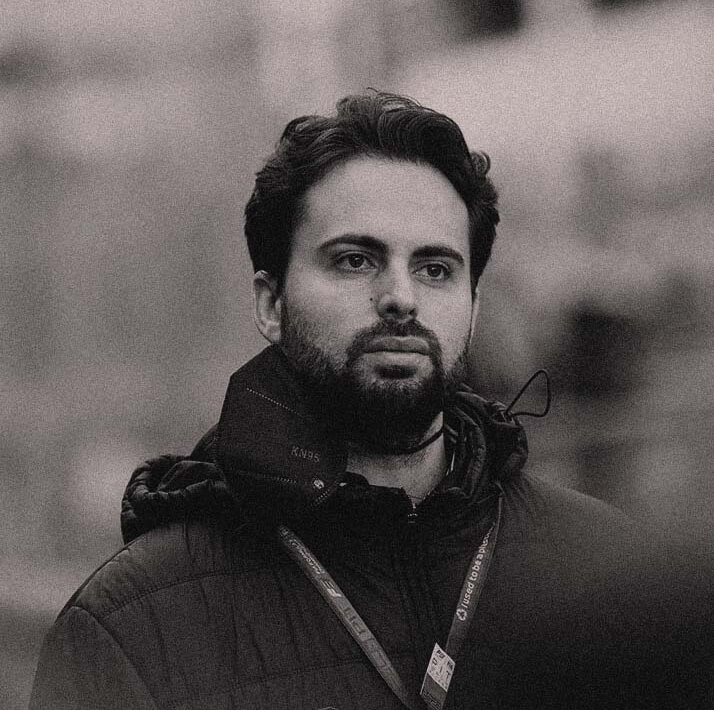 Adrian Campos jr is a former race car driver and the team principal at Campos Racing. Campos Racing was born in 1998. Dedicated to the world of motorsports, and it is the result of the experience and concern of its creator, Adrián Campos, who, once an important stage in his life as a single-seater and touring car driver had finished, believed in the need to create a framework where new drivers could develop their sports careers. Campos Racing competes in the FIA F2, FIA F3, and the Spanish Formula 4 Championship. 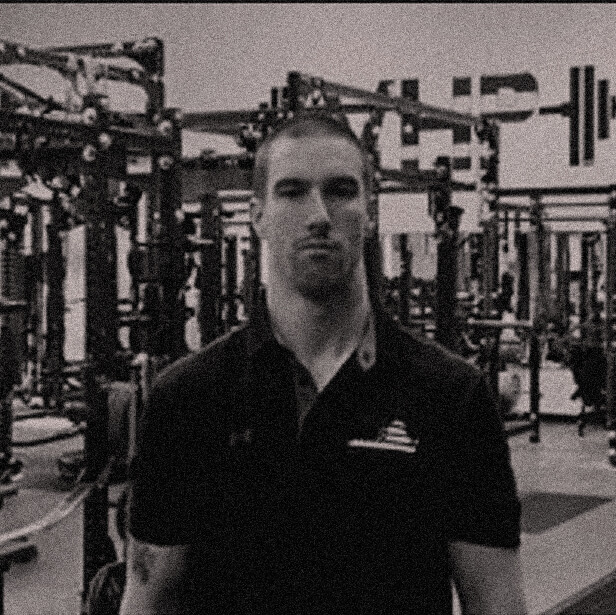 Since joining the staff at Virginia High Performance in the summer of 2016, Danny has held the role of Assistant Strength & Conditioning Coach and has worked extensively with individuals spanning an array of backgrounds, including aspiring college athletes, physically and cognitively impaired Veterans through our flagship ‘Continue Mission’ program, and general fitness population. 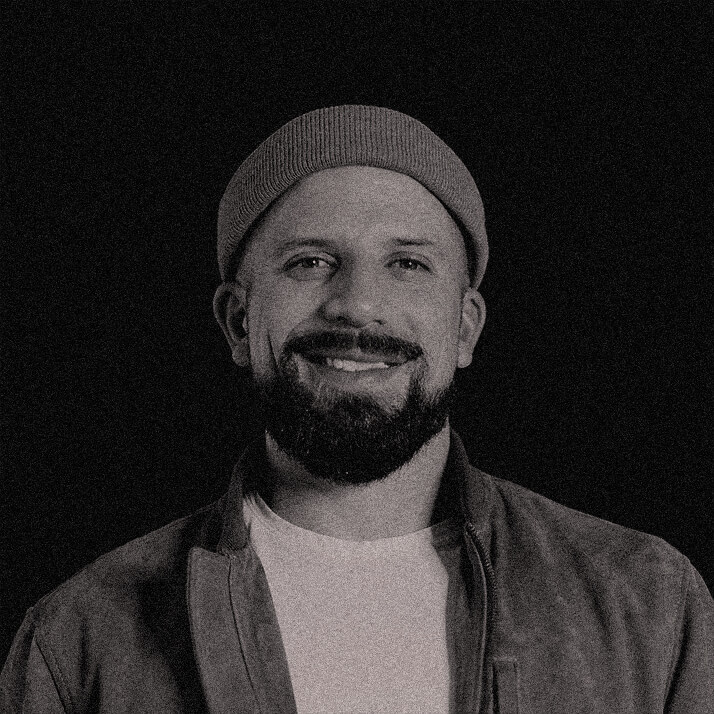 Frankie is a strategist passionately working to prevent miscommunications from becoming missed opportunities. He lives in San Diego, listens to Bryce Vine on repeat, and has an affinity for the color red. 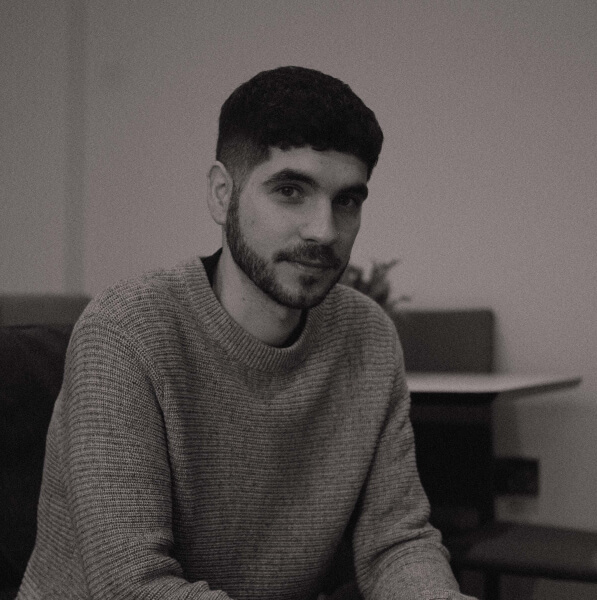 Gamer, plant-based, traveler, and Laker fan. Ethan is an independent digital designer living in the UK, he focuses on crafting immersive digital experiences that tell a story. 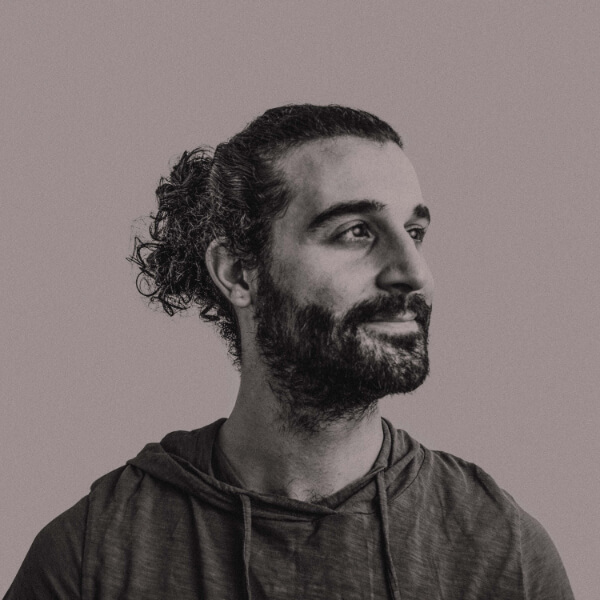 Julian spent the majority of his adolescence utilizing digital art as an outlet for his creativity and curiosity. About six years ago, he began focusing on translating his subjective explorations into an objective skillset. Today, his goal is to elevate experiences and drive connections through visual communication. He does that by devising visual systems that are rooted in storytelling and realized through timeless, differentiated design.

What We Believe In

The values that bring together our unique perspectives, talents and experiences.

Racing is unforgiving. We aren’t persuaded by sudden setbacks nor quick wins and believe in not only going the distance, but the extra mile. Our will always outweighs our “what”

We fly our flag abroad with the same patriotic pride that we do at home. We celebrate our strengths, own our shortfalls, and embrace the distinct culture that we’ve forged over two and a half centuries.

We believe in the nuances that separate quality from true craftsmanship. Respect, pride, and dedication to one’s craft are just as important as the products and skills they produce.

Blurring the lines between cleverness and cunning, we’re resourceful, scrappy, and, if we don’t happen to find a way, then we find a way to make it happen.

Good people that we’re proud to know, admire, and like to collaborate with.

Here’s a quick look at what’s going on, what’s coming up, and what we’re getting into—on and off the track.